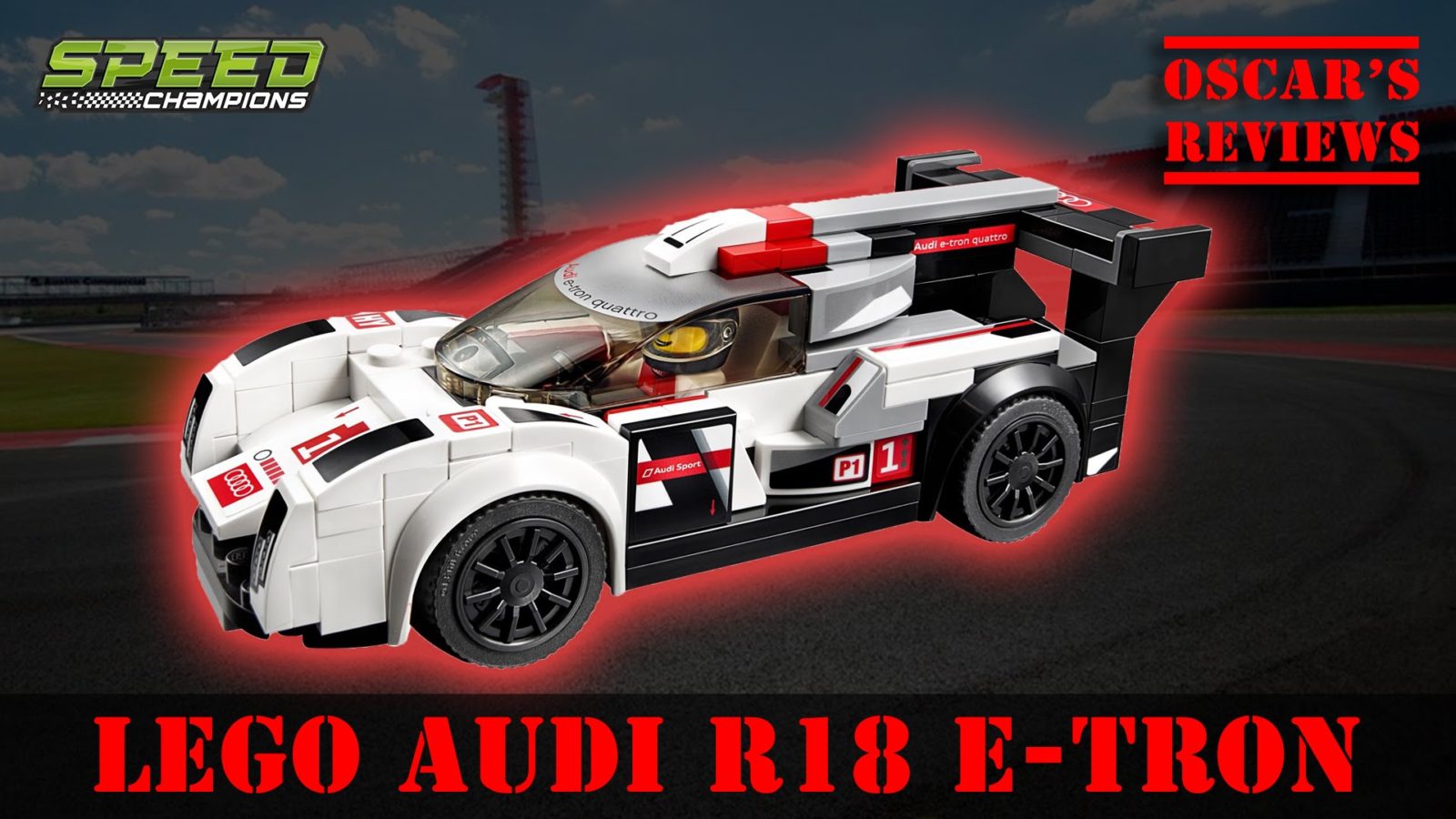 Here’s my video of the Lego Speed Champions Audi R18 e-tron quattro. I have quite a few of these Speed Champions sets and I do really like them. I like how you can swap the wheel trims over and that you get an extra little item with each set – in this set you get a fuel pump included.

This one was a bit harder than some of the others though as it has a lot of small stickers on it as well as quite a lot of 1×1 plates for the detail.

This second series (with the green logo) has been available for a few months now and we actually filmed this back in May – Fat Dad’s only just got around to editing it… Better late than never though!

You can buy it on Amazon using this affiliate link: http://amzn.to/2cz9sXh