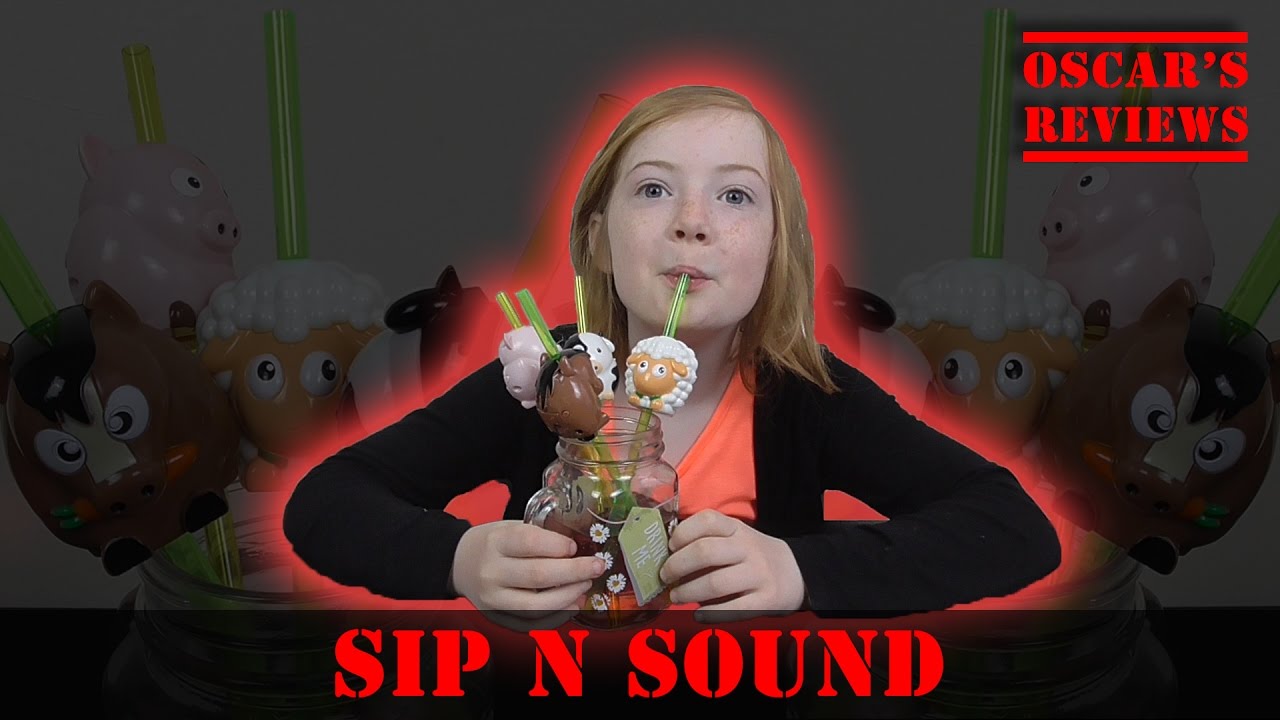 Phoebe’s Review:
I like these straws because they make fun noises while you drink. I think that will be a good way to get younger kids to drink more especially as it’s starting to get hot now. It’s easy to take the animal off the straw and then you can play with them on their on while the straws are being washed. My favourite one was the sheep because it sounds like a baby.

Fat Dad’s Review:
The ‘Sip n Sound’ straws are a new, interactive novelty drinking straw from Flair. They feature big, chunky farm animals (cow, horse, pig and sheep) that make their respective sounds when the straw is used. They are loud enough to hear but not too loud that parents will get annoyed! The on/off switch and replaceable batteries are a good idea too.

Another nice feature is the ‘try me’ button as this allows the animal to be played with off the straw. Some dentists claim that using drinking straws has benefits like protecting the teeth from staining and reducing cavities. Personally I think the main benefit of the Sip n Sound straws is making drinking fun which could help to get younger children drinking a bit more in the warmer weather.

With an RRP of £5.99 each I do think that they’re a bit on the steep side but then again I’ve not seen anything else like it on the market. They’re also well built and we’ve not had any instances where the sound hasn’t been made. Maybe I’m just getting old and cheap 😉

NOTE: We were sent the straws free of charge for the purpose of this review. All words and opinions are our own.