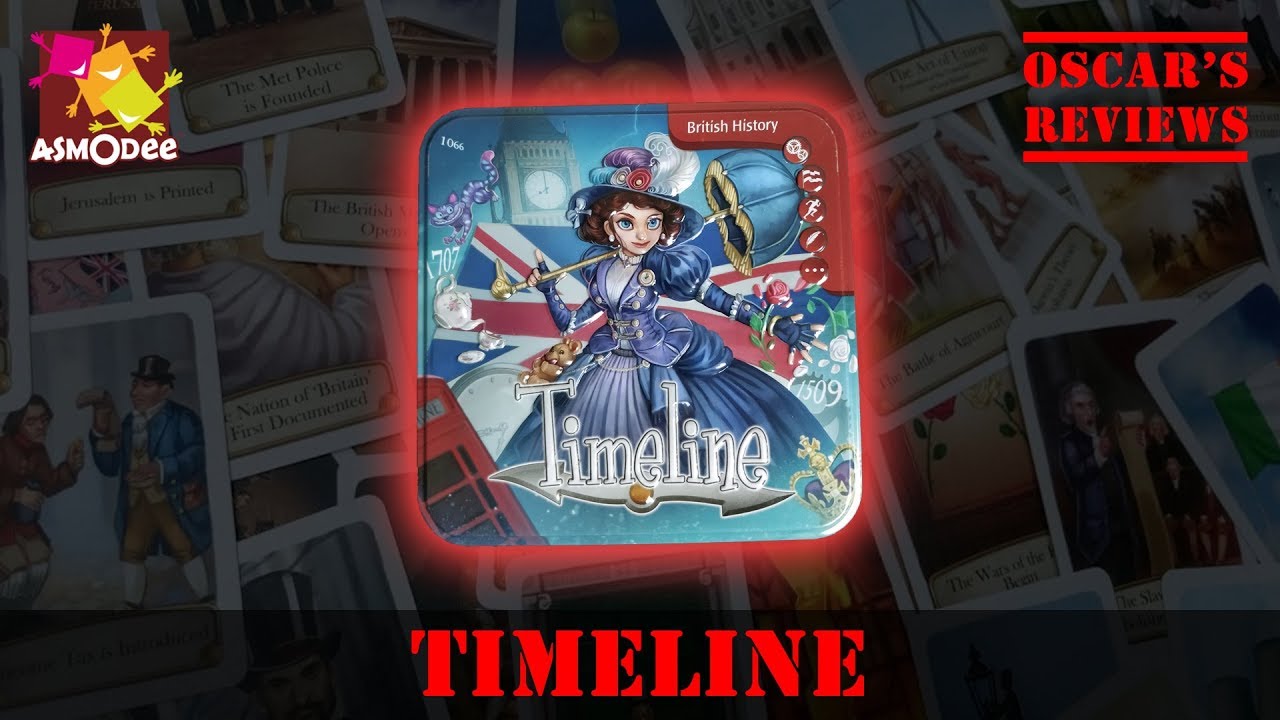 This week we play and review “Timeline: British History” – a great little family-friendly card game. It’s really simple to play but can be quite hard to master. There are 110 cards with different events from throughout British History and the aim of the game is to get them in the correct order – i.e. the correct timeline.

Each player has 4 cards with the years hidden and to start the game you play the top card from the deck with the year on show. The first player then has to pick one of their cards and place it either before or after the current card in the timeline depending if they think it happened before or after. They then turn the card over to reveal the year and if they are correct then the card stays down but if it’s wrong then it gets discarded and the player picks another card from the deck. Play continues with the next player choosing a card and trying to place it correctly into the timeline.

Timeline is a great game to play and is really easy to learn. You also pick up a lot of facts about British History too. As a tip, you can look at the pictures (the artwork is really well drawn) and get some clues as to the approximate year the event happened – for example if people in the picture are wearing top hats then you know it happened after the card titled ‘the top hat was first worn’.

Timeline is a game for 2 or more players and you can also easily adapt it. You could make it more difficult by giving each player extra cards so the timeline becomes longer and therefore more difficult to add to. We also created a single player version where you challenge yourself to create the longest timeline you can in a set time. You can probably think of your own variations too.

Timeline has an RRP of £13.99 which we feel is good value for money given the number of variations you can create of the game. There are also different versions of the game such as Music & Cinema and Inventions etc which you can mix and match for even more fun. There’s even a Star Wars version which has already been added to our wishlist.