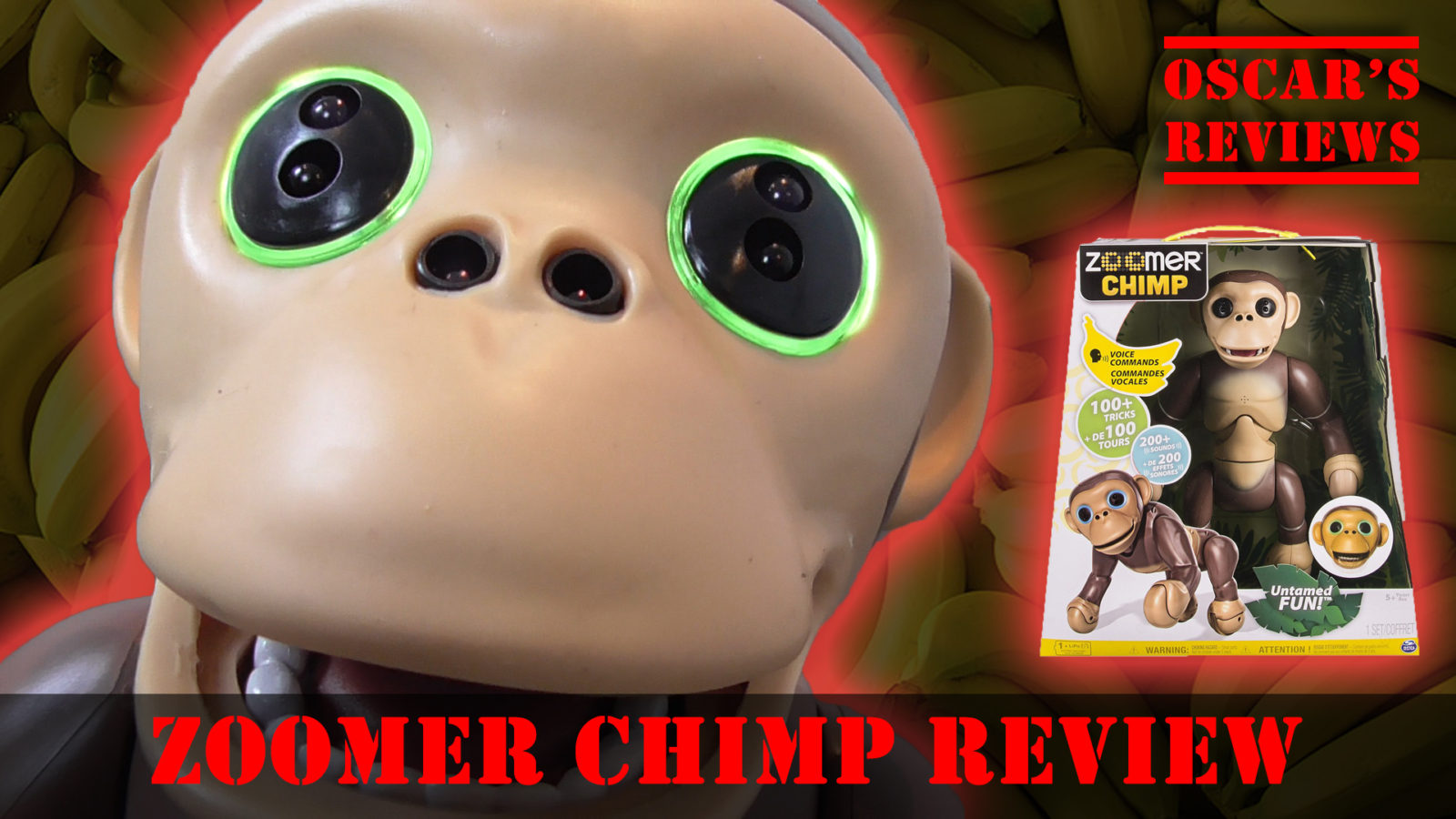 When I first saw the Zoomer Chimp I thought “Wow! This things awesome, creepy looking, but awesome!”. When we finally got the box open and got it charged up we were ready to play.It’s got batteries built in so Fat Dad didn’t have to try and find any and it just charges up with a normal USB lead which you get with it.

The Zoomer Chimp has two modes – free play or voice command. If you just turn it on then he will crawl around, sniff things, shout and stand up to have a look around. It looks really cool especially when he stands up and balances. The best part is voice command mode. You press the button on his head and you give him commands like “let’s dance”, “flip” or “follow me”. There are lots of different commands and you get a little card that gives you the things you can say. The card also tells you what the different coloured eyes mean.

Zoomer Chimp does loads of different tricks and things and my favourite is the “let’s dance” one. He does loads of different dances and it plays different music for each dance. Guard mode is cool as he crouches ready to guard, then when someone comes near then his eyes turn red and he runs at them screaming. He’s funny too when he wiggles his bum in the air.

I like how his mouth opens and he even has teeth that you can see when he’s smiling. The only annoying thing was that it only lasted 22 minutes before the battery ran out and needed charging up again. It’s still cool though and it’s really clever how it can stand up and move around on two legs without falling over.

Like Oscar said in his review, the Zoomer Chimp looks a bit creepy – I think it’s his eyes – but when he’s up and running and his eyes are lit up then the creepiness goes away. It was quite time consuming to open the packaging and get him out but, to be honest, that’s the case with most toys these days! I was pleased when I saw that it had an internal, rechargeable battery too as it meant I didn’t have to root through drawers to find any batteries of my own!

Once we got charged up we were ready to play and what a great toy the Zoomer Chimp is! Technologically it’s amazing and, more importantly, it’s very entertaining. Every adult that saw it was blown away by how it could stand, move around and balance on it’s own two legs – and that’s just one of it’s features. The Zoomer Chimp has a good repertoire of actions and even saying the same command will give different results – it has a number of different dances and music for the “let’s dance” command and he’ll even lay on his back and wiggle his bum at you when he’s feeling cheeky.

His facial expressions are really well animated and add a lot to his personality – so much so that I’ve been referring to Zoomer Chimp as a ‘he’ rather than an ‘it’!

Zoomer Chimp comes with a Cheat Sheet, which is brilliant. It explains everything you need to know like what the different eye colours mean and the different commands you can use. It also reminds you that he moves around a lot so don’t put him on a table as he will likely plunge to his death…

We only got around 20 minutes of play from a full charge and then he simply turned off and fell over without his eyes flashing yellow for the low battery warning. This didn’t seem right so I headed over to the website http://zoomerworld.com as per the box and instructions and here we hit our first snag – the web site just loads an empty white page. So I went to the Spin Master website directly to open a support ticket to ask about the issue – within 12 hours I got a reply asking me to call their freephone number as the battery life didn’t sound right. So I phoned them and after a few minutes got an answer machine saying to leave my name, contact number and case number and someone would phone me back within one business day. Sadly, even after two calls and messages they never got back to me. So I tried Twitter – they replied  and I sent them my case number and contact details – they found the case and said someone would call me back the next day. That didn’t happen either. It still hasn’t after 2 weeks (at the time of writing). With an RRP of £119.99 I would have expected a better battery life and some degree of support.

I’m reluctant to criticise but it’s something worth pointing out in case you have any issues with your own – you’d be better off returning it to the shop for an exchange. Having said that, of all but one of the reviews I’ve seen and all the people I’ve been in touch with, they all say they get around 60 minutes of play and get the flashing yellow eyes for the low battery warning. Only one review I’ve seen has said they only got 30 minutes. So there is still a chance that we have a faulty unit.

UPDATE TO ADD: Shortly after this review going live (around 2 ½ weeks after initially contacting SpinMaster) I got a call from them. Unfortunately they didn’t have any Zoomer Chimps left to replace this one with but they did confirm that the expected play time should be longer and the unit was faulty as his eyes should flash yellow to warn of a low battery instead of just dropping dead. So, it took a while but they did get in touch and will be replacing him with some different Zoomer products.

As with all voice-control toys I’ve come across, you have to speak nice and clearly for Zoomer Chimp to understand you – if there’s a lot of background noise or it’s really echoey then he’ll struggle to hear you properly. One feature I like is that he ‘self-rights’ so if he bumps into something while he’s running around and falls over (this was actually a rare occurrence) then he screams and will get himself back up and running without any manual intervention – just another action that makes Zoomer Chimp more lifelike.

The toy is great fun and both Oscar and Phoebe enjoyed playing with it and watching him explore his surroundings. It’s easy to see why it’s been suggested that it will be one of the top 10 toys this Christmas. Overall the Zoomer Chimp is impressive and does provide a lot of entertainment – just make sure you have some floor space (hard floor works best but it runs well on very short carpet) as he really likes to move around! 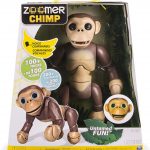 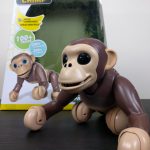 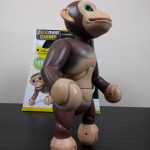 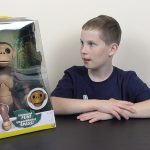 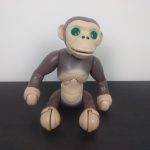 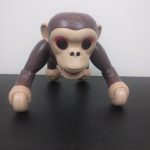 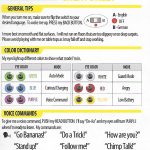 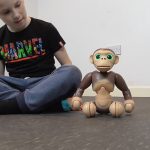 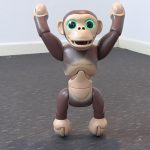 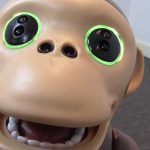 Zoomer Chimp was provided free of charge for the purpose of this review. All opinions are our own.