Home / Reviews / Secretly Teaching Kids to Spell with “Word Has It!”

Secretly Teaching Kids to Spell with “Word Has It!” 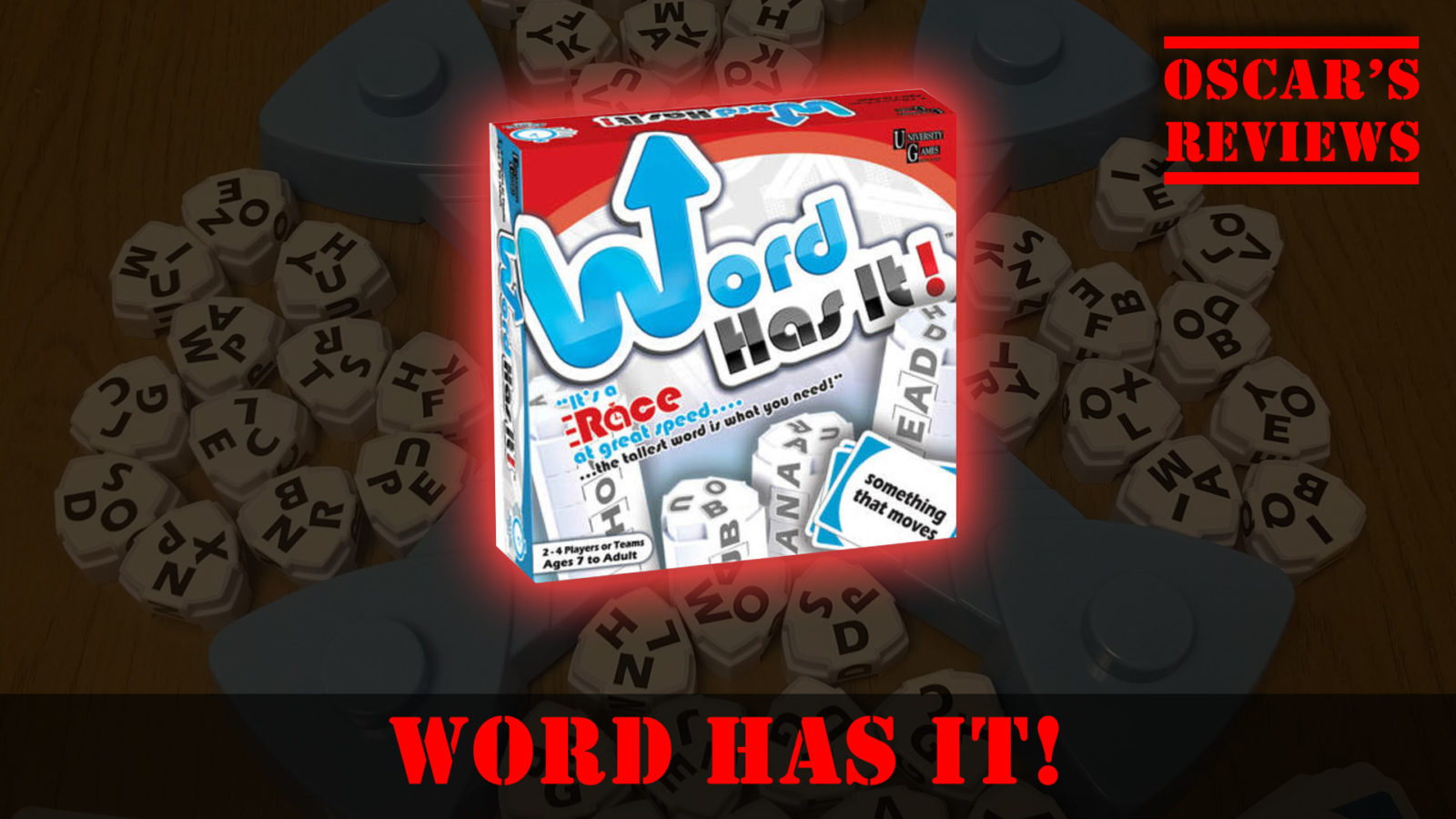 It’s a race at great speed… the tallest word is what you need! Turn over the category card, spin the spinner and scramble to build the tallest word using the three sided counters, whilst the electronic timer is getting faster and faster……time is up, discover which Word Has It!

Word Has It! Is a game for up to 4 players or teams age 7 and over. It’s basically a spelling game where you have to spell the biggest word. You spin the spinner to see what letter you have to start your word with and then you pick a category card. The categories can be things like “something you find in school” or “something you find in a zoo”. When you start the timer you have 40 seconds to spell the biggest word you can about that category.

The letters you have to use are on blocks with 3 letters on each. These stack on top of each other and you have to be really fast before someone else picks up a block you need. It can sometimes be hard to think of a word but you get a card you can use once where you can change the letter you start with. You also have a card that gives you extra time.

When I saw Word Has It! I wasn’t that excited because it’s basically a game where you spell words – and I do enough of that at school. After playing it though I’ve changed my mind – it’s actually a really fun game! You have to be quick to find your letters as well as being quick to think of a word. 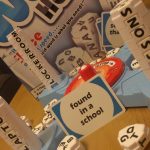 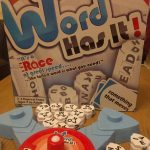 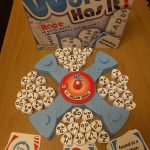 This week we’ve been playing the word-based game “Word Has It!” from University Games. The idea is simple – make the tallest word. “How can words be tall?” I hear you asking. Well, let me explain the set-up – you have a board, lots of letter-blocks (three letters on each) and a pile of category cards. You build a word by stacking the letter blocks on top of each other before the time runs out.

The two main rules are that you have to create a word that fits with the category on the card and you have to start the word with the letter selected by the spinner. The catch is that all the players are sharing the same set of letters and you need to grab the letter you need before someone else does and also hope that you don’t end up using a letter that you need on another block.

If you can’t think of a word using the start letter then you can use a one-off ‘any letter’ card and you can choose any start letter you want. You also have a one-off ‘extra time’ card that gives everyone double the time to build their word.

Some categories can be quite hard for the younger players, but the recommended age is 7 and over and you can also work in teams. It’s quite fast to play and very very easy to get to grips with. You can also take liberties in how literal you take the category – for example with the category “something you find in a bedroom”, Phoebe won the round with “illness”. It’s not a physical thing you’d find in a bedroom, but when you’re ill (i.e. you have an illness) where do you usually go? To the bedroom!

Word Has It! Comes highly recommended – it’s easy to learn, easy to play, it can be as long as you want it to be and it helps you to think fast and spell words you may not always use.

We were sent the game free of charge for the purpose of this review but all opinions are our own.