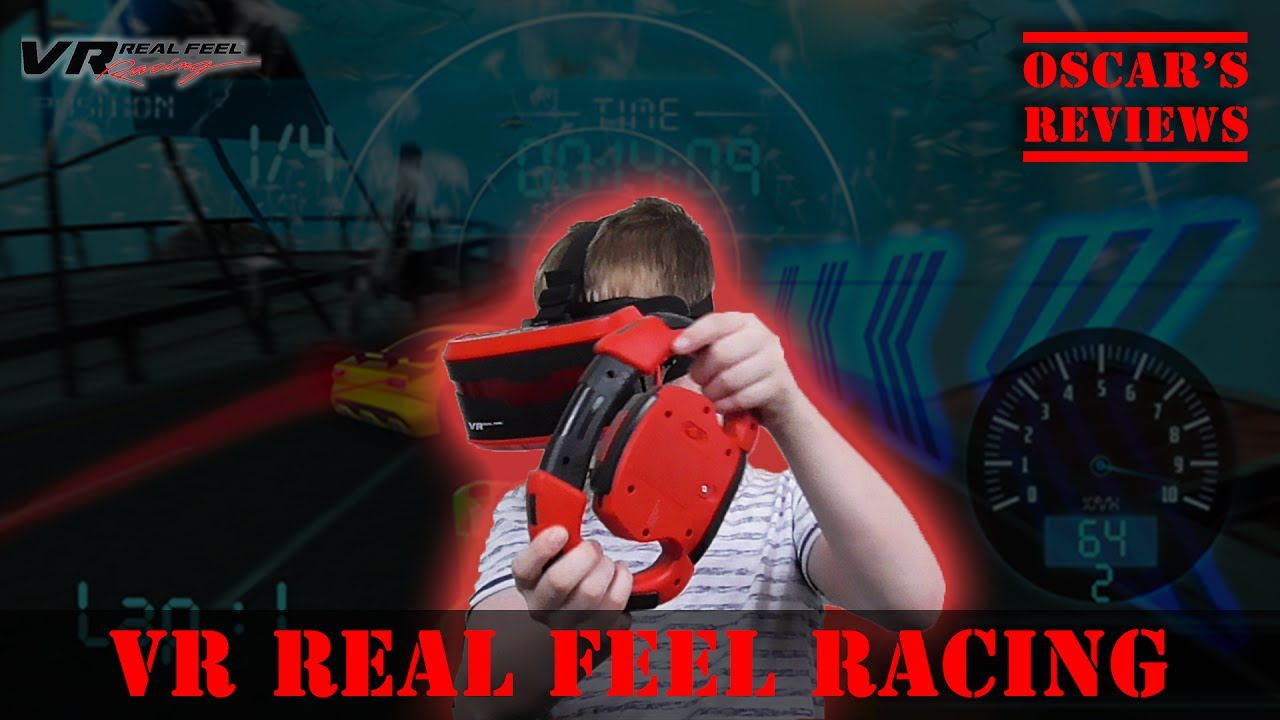 Set up is easy – simply have bluetooth turned on in your phone’s settings, launch the app and let the app connect to the steering wheel. Initially we had a bit of trouble linking the steering wheel but that was mostly Fat Dad’s fault for trying to connect it manually instead of through the app. Once connected you can then continue with the game.

There are 4 cars to choose from, each with different abilities like speed, handling etc as well as over 20 tracks in different themed worlds. In the video we show the Microscopic and Dino Park. The game itself is fairly basic consisting of straightforward races with speed boosts littered around the track. It’s easy to get to grips with too and the 3D look and feel of the app works well too.

In the menu screen you can look all around you in the cockpit of the car, even seeing your legs. However, during the race itself your view is static. The 3D effect still works well, it’s just worth noting that the race part isn’t what most people would class as Virtual Reality.

The VR headset is quite basic though and doesn’t have any adjusters for the width of the lenses or to adjust focus – you can, however, use any headset you already own. The headset provided a good fit for both Oscar and Fat Dad and the foam padding keeps it comfortable.

The steering wheel has a number of buttons on it to accelerate, brake, change the view and reset yourself back onto the track. It also vibrates when you crash which is a nice touch. Steering works well and if you’ve ever played Mario Kart on the Wii then you’ll get to grips quite easily with it.

VR Real Feel Racing retails at £39.99 in the UK which is a fair price when you consider many shops will sell a budget headset like the one included for £15-£20. It would be great if more games were developed to make use of the steering wheel but at the moment it can only be used for this app. You can, of course, use the VR headset for any existing VR/Google Cardboard apps as well as for 360 degree YouTube videos.

Overall it is an enjoyable set with enough tracks and locations for repeated play and there is, technically, the opportunity for other games to make use of the Max Force Feedback steering wheel – we’re keeping our fingers crossed!

NOTE: We were sent the ‘VR Real Feel Racing’ set free of charge for the purpose of this review. All words and opinions are our own.

One thought on : Real Feel VR Racing – A Kid’s Demo and Review of This 3D Racing App with Bluetooth Steering Wheel