Trying Out the Jungle Speed Game – Are We Fast Enough? 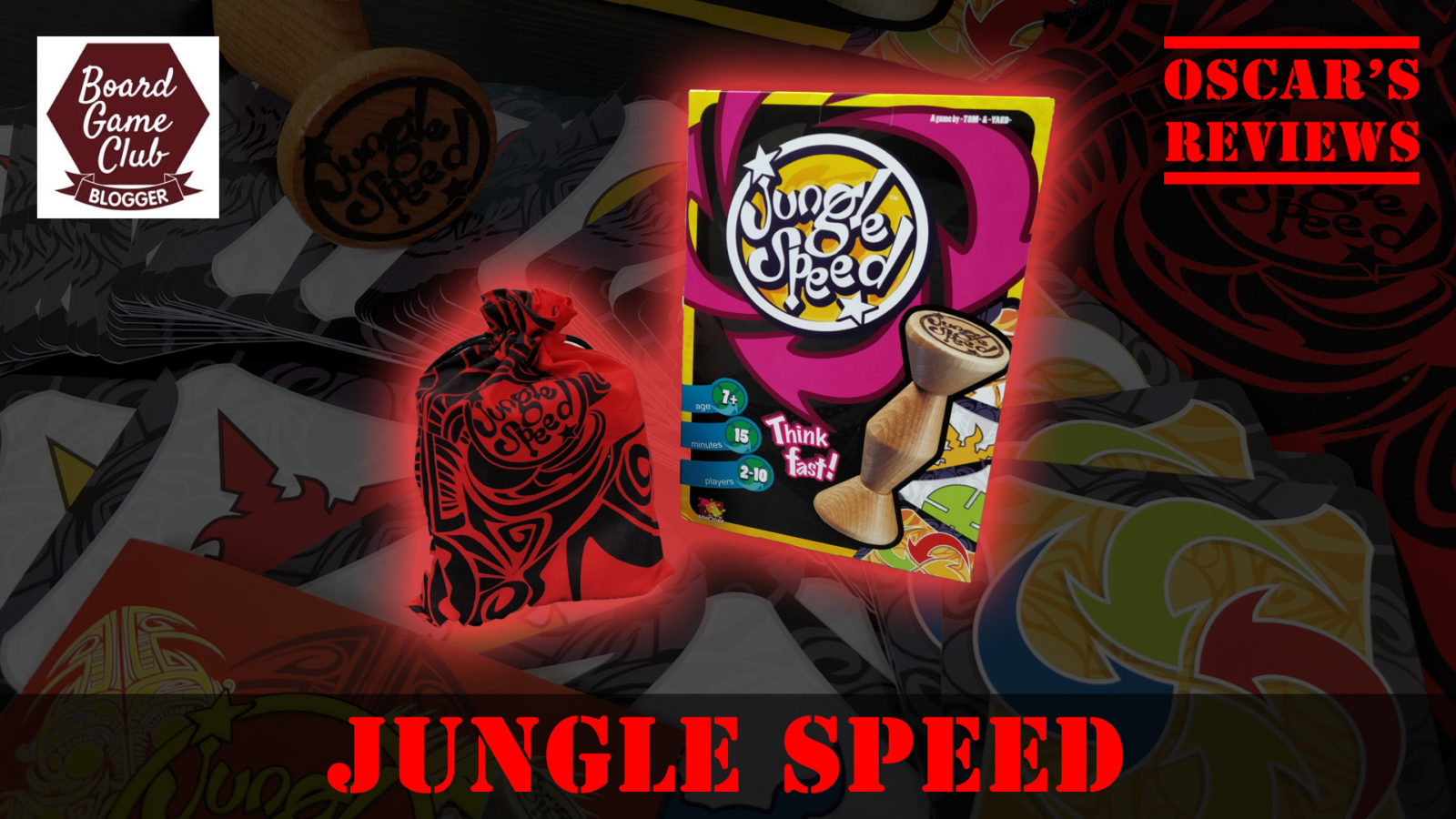 “Jungle Speed” is a fun game where you have to match cards and grab a wooden totem as fast as you can. It’s a bit like Snap but with some special cards that change the rules a bit. If you grab the totem when you shouldn’t then you have to take cards from the other players. The rules were a bit complicated at first but when we got used to it then it was easy to play. It was quite intense playing it, getting ready to grab the totem as fast as you can. We played with three people but there are special rules for a two-player version too. We had fun with “Jungle Speed”. 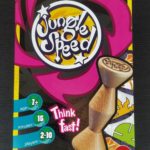 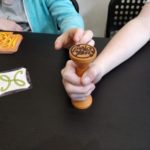 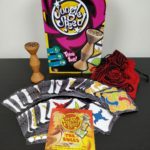 When “Jungle Speed”  arrived we could tell that it would require our quick reactions – with phrases like “think fast” and “be the first to grab the totem” we could tell we’d need to be fast. In a nutshell, “Jungle Speed” is a fancy version of snap but with some more interesting twists and rules.

Upon opening the box we were met with a set of cards, a wooden totem, a carry bag and a set of instructions. The box seemed quite large for what you got inside but as it includes a drawstring bag for storing the cards and totem then this isn’t really an issue. As usual, we read through the instructions before playing but they seemed a little complex – there was quite a lot to take in. We decided to work through a practise game to get the hang of it and this did help to make the instructions a lot clearer. 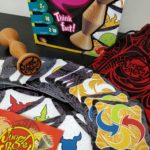 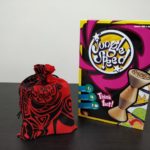 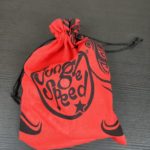 It is, as mentioned earlier, an advanced game of snap. You each take it in turns to play your card and when the patterns match instead of shouting ‘snap’ you have to grab the totem. In the game, a matching pair of cards starts a ‘duel’ which is when you grab the totem. The terminology is quite important as you’ll see later. However, the totem is sacred so if you grab it when there’s not a match then you get punished and end up with more cards in your pile.

There are also a number of arrow cards that have different results. A card with white arrows pointing to the middle means it’s a free-for-all to grab the totem – the winner then gets to discard all their cards into the ‘Pot’ (which the totem sits on). The card with the coloured arrows pointing inwards changes how you play the game – instead of matching patterns you are now matching colours. Younger players might need to be reminded of the change in game-play though but as soon as there has been a duel, another special card or the totem gets knocked over then you revert back to matching the patterns. The final special card is white arrows pointing outwards. When this card is played then everyone, on the count of three, turns over a card and if any cards match then there is a duel. When a player gets rid of all their cards then that player is the winner. 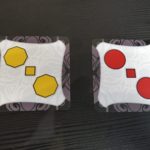 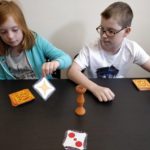 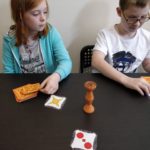 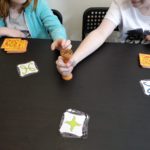 The artwork on the cards is great – it looks very ‘tribal’ and you can tell a lot of effort has been put into the overall look and feel of “Jungle Speed”. Some of the cards are a bit sneaky – with quite similar patterns to try and catch you out. It’s actually quite simple to play, which does make us wonder if the instructions could be improved upon. It’s fast and frantic and both Oscar and Phoebe said it was quite nerve-wracking and makes you very tense while playing. It definitely keeps you on your toes and with a 2-player variant included it means it can still be played when other family members are away. It certainly helps with concentration too!

Expansion packs are available with extra patterns and new special cards and rules so it would be quite interesting to try some of these further down the line. We all had great fun playing “Jungle Speed” and it’s one that we will be coming back to again.

Disclosure: We were sent “Jungle Speed” free of charge for the purpose of review. All thoughts, opinions and words are our own.