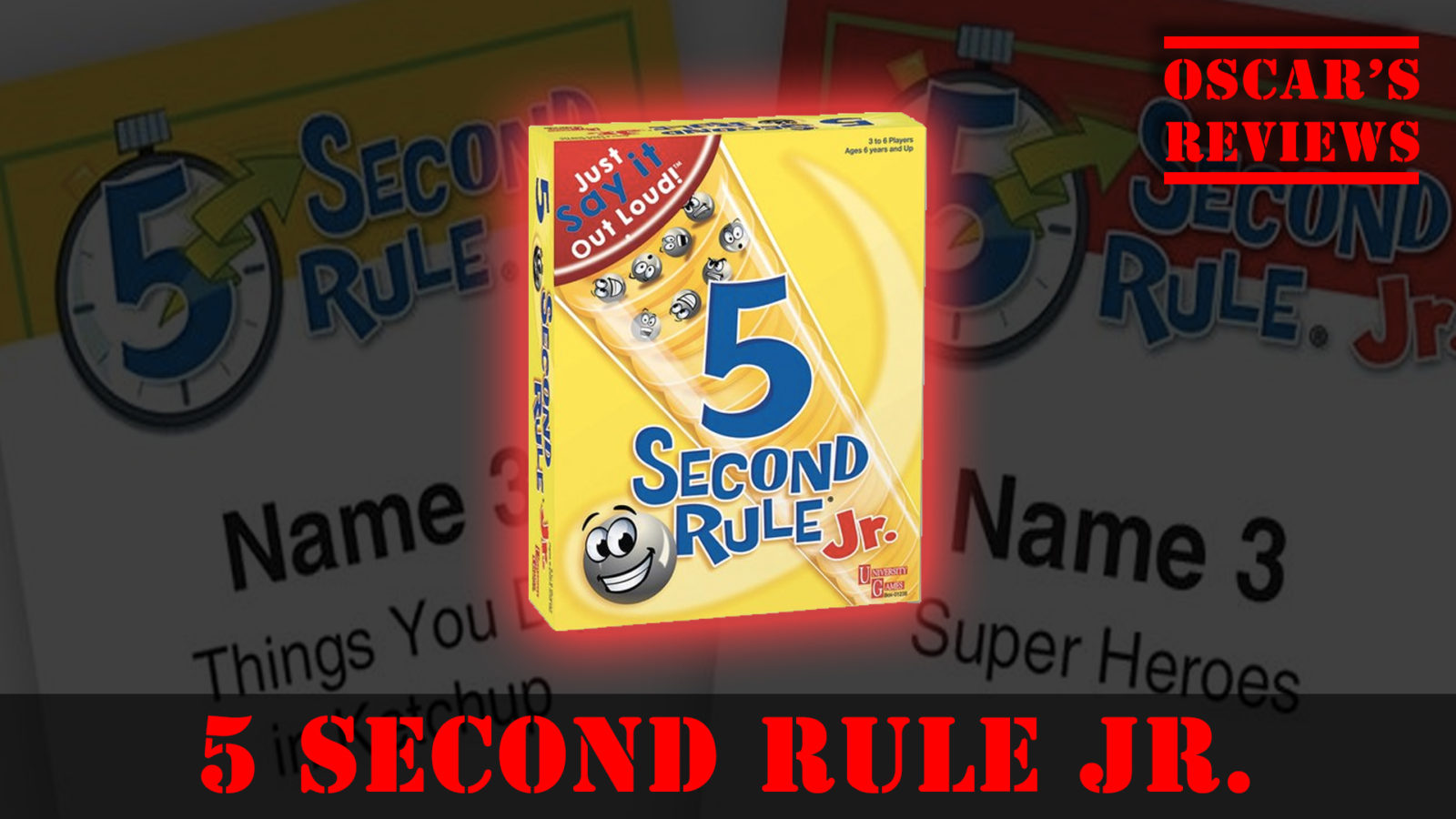 5 Second Rule Junior, from University Games, is a word/board game for 3-6 players aged 6 and over. The basic idea is that you just have to name 3 things in 5 seconds. Honestly, that’s pretty much it but obviously there’s more to the game than that… 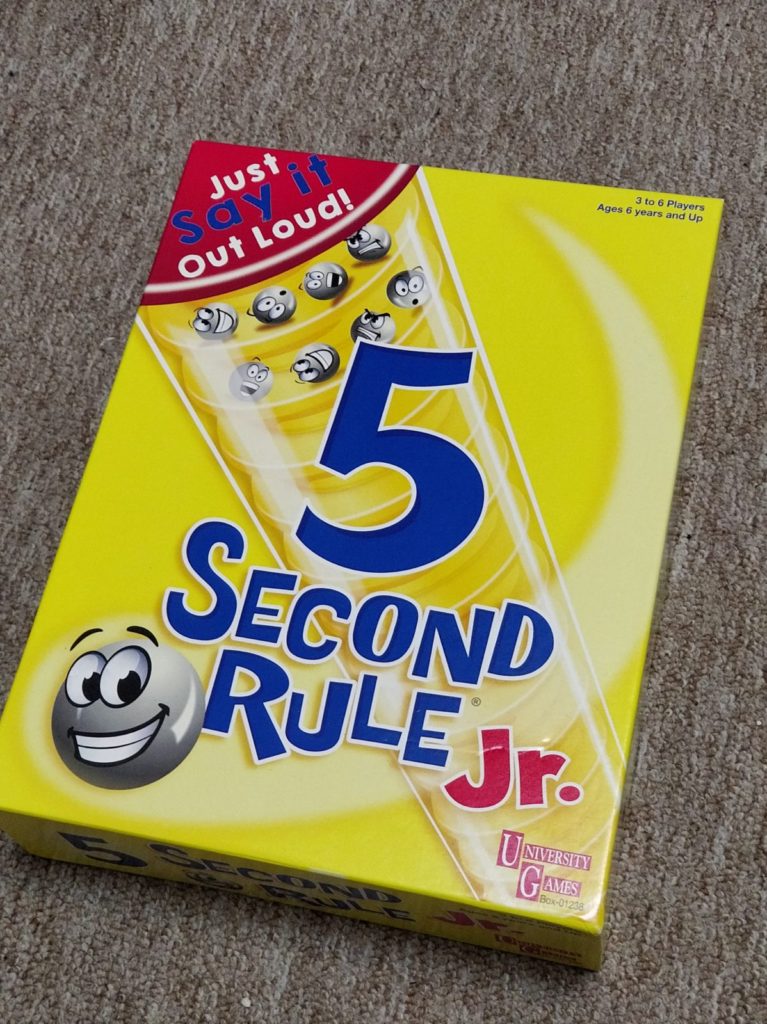 In the box are 200 double-sided cards (so 400 questions in total), 6 playing pieces, a noise-making 5-second timer, the board and the instructions. The youngest player goes first and the player to their right reads out the question eg “Name 3 things that grow in the garden” and then turns over the timer. The active player then has to name 3 things that match the question card before the 5-second timer is up – for example: weeds, flowers, roses. If successful then the player moves their piece 1 space on the board and the next player has to name 3 different things and so forth. If any items are repeated or the time runs out then that question is finished and the failing player doesn’t move.

The next player then carries on with the failing player reading a new card. On the board are 3 bonus time squares which give you double time, i.e. 10 seconds, to name your 3 items on your turn. Younger players are allowed to name 2 items. The first player to get to the finish square is the winner. 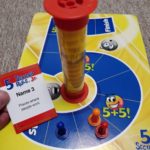 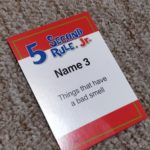 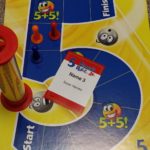 The game is quite easy to play but the instructions are a bit confusing – using a mixture of ‘next player’, ‘player to the left’ and ‘continue clockwise’. A more specific example of how confusing the instructions are is this step: “The person to the left of the player who last failed to move up on the Game Board, is the player who starts with a new Card drawn from the Card Box. The player to their right, reads it aloud.” I personally had to read that quite a few times in order to work out what it meant. What it actually means is “The failing player then reads a new card for the next person.”

We had a lot of fun playing 5 Second Rule Jr and each game took less than 10 minutes. It can get surprisingly hard especially with the added pressure of the strict time limit and having to remember what everyone else has said at the same time of trying to think of your own answers.

Disclaimer: We were sent 5 Second Rule Jr. free of charge for the purpose of this review. All words and opinions are our own.